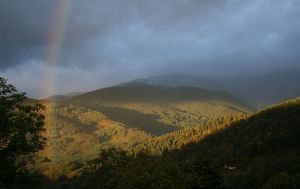 (Rainbow over Reichackerkopf, 1915 battleground. The valley rises eventually to Col de la Schlucht, to right of photograph, off scene)

The landcape of the Vosges is mountainous and very beautiful; it forms deceptively rounded peaks rising to a series of summits called les Ballons. West of Thann, the Ballon d’Alsace is 1247 metres (4091 feet) and the Ballon d’Servance is 1216 metres. The Grand Ballon, west of Guebwiller, is 1424 metres (4672 feet). Le Hohneck, west of Munster, is 1363 metres (4472 feet).

It’s an exceptional area. The wild, silent forests with towering pines, still mysterious pools where dragonflies hover in summer, high open pastures of the Hautes Vosges dotted with the distinctive Vosgienne cows, waterfalls, peaty bogs and meadows of mountain flowers are a natural habitat for diverse wildlife. In May, after six months of safe confinement down in the lower farms, humans herd the cows up into the high mountain pastures where they run with their new freedom in a cacophony of hundreds of cow bells: transhumance is a cause for celebration and festivity. The mountain products are sought after and relished: cheese, hams, honey, kirsch. Alsace wine is very special. Biodiversity flourishes even in sites ravaged by war. People come to the Vosges to walk, ski, drive, cycle; to examine flora and fauna; to investigate rocks and minerals; to eat well or stay in peace; to buy produce to take home; to enjoy the hot brightness and the mountain air after the humidity of the Rhine plain in summer, or to have fun in the deep snows. It was equally a source of pleasure, exploration and challenge before the Great War. 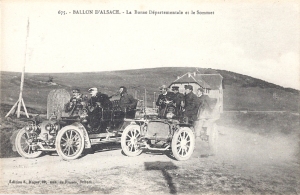 Access through the Vosges is historically through a series of cols. When Alsace and Moselle became the newly-named Reichsland Elsaß Lothringen, the cols ceased to be the passages from one department to another: they became the legal crossing from one state to another. Travellers and tourists still visited the Vosges and they crossed the frontier with a mixture of bewilderment, curiosity, anger, despair, sadness and astonishment, evidenced by the thousands of postcards on sale and their poignant hand-written messages.

Patriotic cards showing the return of Alsace and Lorraine to France were popular before and during the Great War, then sent by soldiers who perhaps didn’t wish to depict the awful scenes they witnessed, or perhaps written by senders who wished to encourage and motivate. Some of the minor cols were heavily fought over because of their strategic importance: Col de la Chipotte (south west of Raon l’Étape) is less famous than the well-known sites such as le Linge and le Vieil-Armand / Hartmannswillerkopf but the human suffering and loss on both sides there in August-September 1914 was appalling. 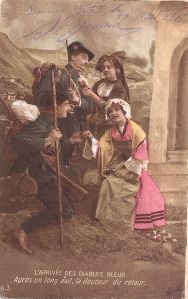 (Card posted 1915. The woman on the left wearing a black coiffe represents Alsace, the one on the right Lorraine.)

The map shows the main cols in the Vosges, approximately marked. I’ve also included the summits of the Ballon d’Alsace and Hohneck. North of the map area were the cols of Donon (west of Molsheim) and Hantz (west of Barr). I will feature each of the cols in forthcoming individual pieces. They are all worthy of special attention! 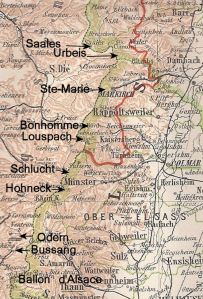 I intend to write a lot more about the Vosges themselves later in the blog. For the meantime, there’s an interactive map here: http://www.parc-ballons-vosges.fr/la-carte-du-parc/ 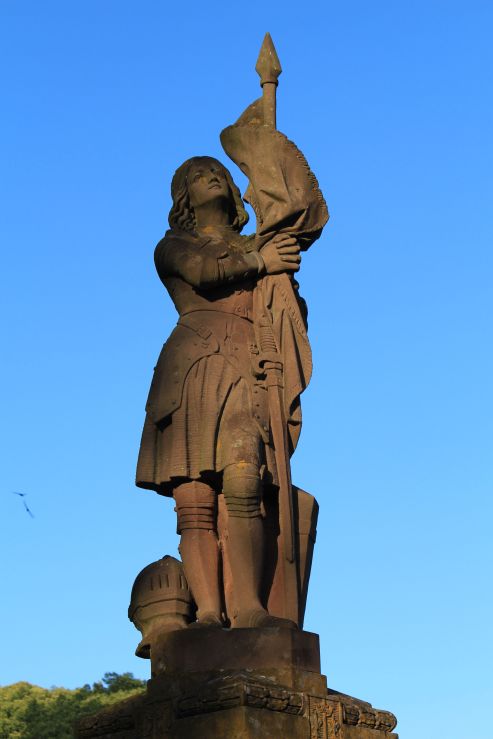 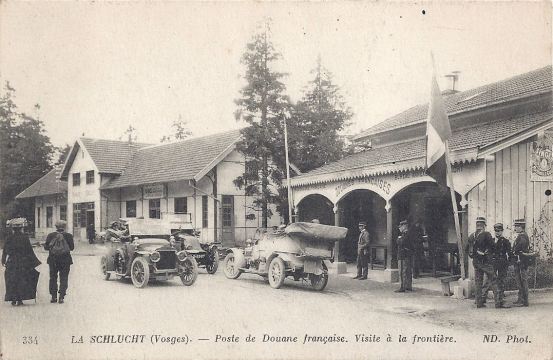 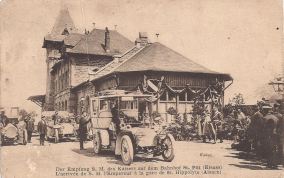 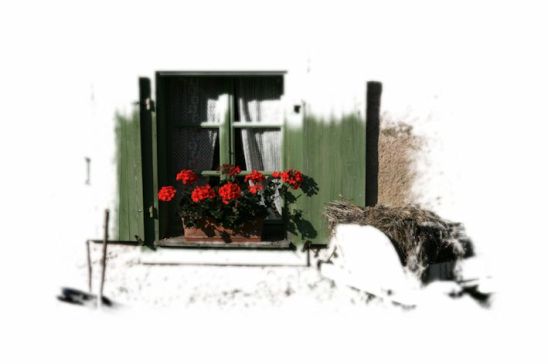 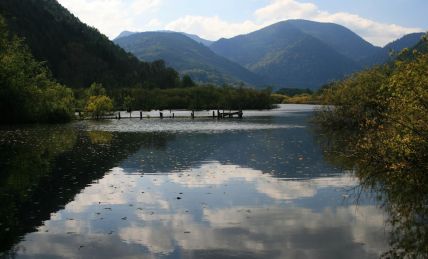 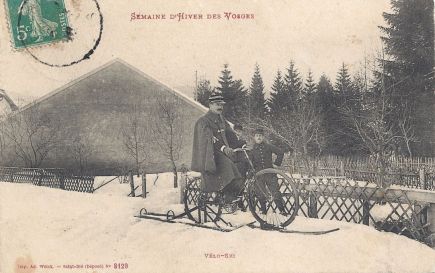